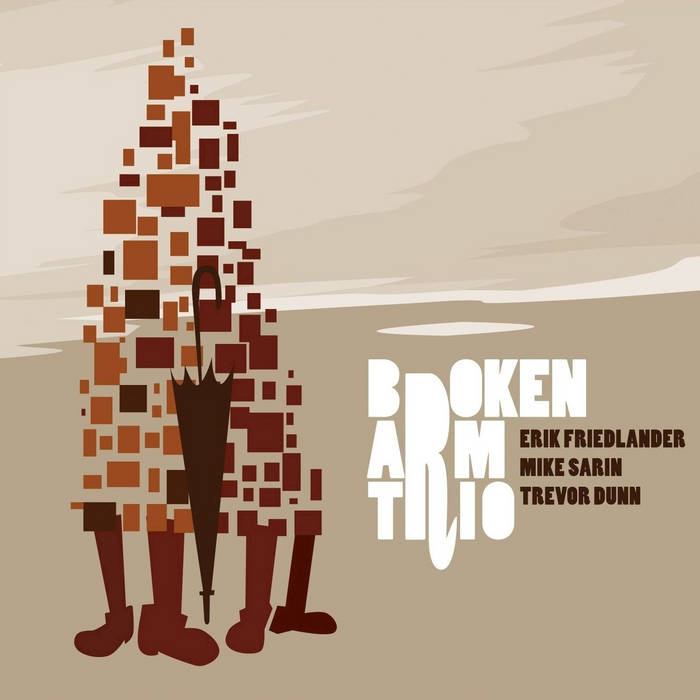 "This is effervescent small-group jazz executed with wit and soul." -Nate Chinen, The New York Times

On his new release, The Broken Arm, cellist Erik Friedlander highlights his unique pizzicato playing--higher and more incisive than the bass, warmer than the piano, but similarly rhythmic and able to freely engage in the give-and-take that is so essential to the jazz. “While there have been a few groundbreaking practitioners, notably bassist Oscar Pettiford, the cello has a tenuous connection to jazz, and is still considered a novelty,” explains Friedlander. “The cello is an untapped resource and I'm looking to create some new lasting traditions.”

The music on The Broken Arm is soulful and grooving, part reminiscence and part tribute. The tunes are playful, and the performances exuberant. Friedlander has made a personal statement that is, simply, a whole lot of fun to listen to.

The title of the CD comes from an anecdote about Oscar Pettiford: In 1949, Pettiford broke his arm playing baseball. He could still move his fingers even though his arm was in a sling, so he began experimenting with a cello a friend had lent to him. He tuned the cello like a bass only an octave higher and later recorded a series of cello-led projects. “For me Pettiford is a hero: he had a deep connection to the cello--he believed in it as a jazz instrument,” says Friedlander.

Friedlander grew up listening to 1950 and 60's jazz. His father, renowned photographer Lee Friedlander, is a huge jazz fan and played the music of Charlie Parker, Lester Young, Count Basie, and Sonny Rollins, loudly at home and on long family trips. It was natural for Erik, then, to train in jazz performance traditions while in his late teens and twenties, and later choose to immerse himself in New York's Downtown scene in groups that were creating a more modern jazz tradition, working with artists such Dave Douglas, Joe Lovano and John Zorn.

Friedlander has not only backed John Zorn, Laurie Anderson, Courtney Love, and The Mountain Goats, he has also recorded 9 CDs as a leader. Whether playing solo or with one of his bands, Friedlander pushes the limits of what the cello can do, while maintaining a firm grasp on its traditions. Pitchfork Media said, “Erik Friedlander can do things with a cello that should have a reasonable listener fearing for her life."

Joining Erik on The Broken Arm are drummer Mike Sarin and bassist Trevor Dunn, both first-call players on the New York scene. Trevor is a co-founder of the avant-rock band Mr. Bungle, plays with Electric Masada, and leads his own jazz-inspired Trio-Convulsant. Mike is one of the most inventive drummers on the scene, making his name first with the Thomas Chapin Trio and then with Ben Allison, David Krakauer Myra Melford, Drew Gress and many others.