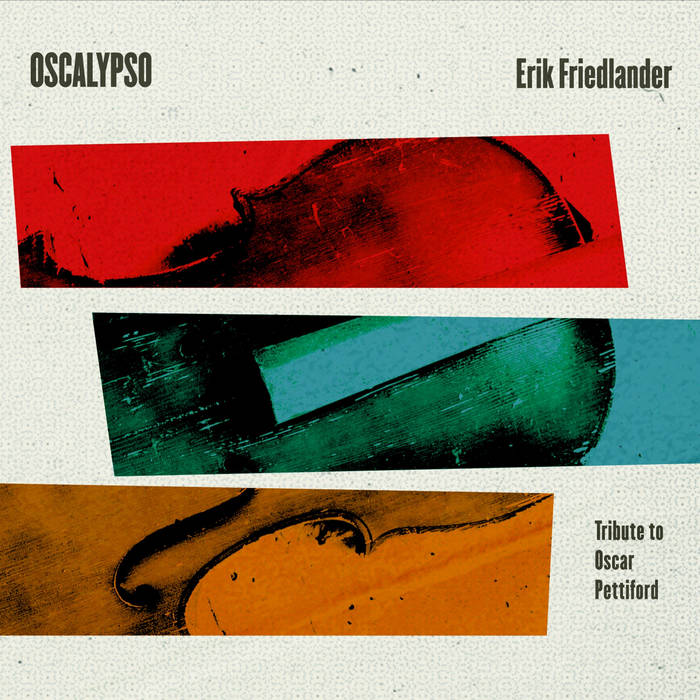 “How long you been trying to do that jazz cello thing?”

..a much younger Erik Friedlander was asked after a concert. It was a troubling question that neatly described Friedlander’s personal quest to develop a voice for himself and his instrument and the larger struggle of all cellists who improvise: Where does the cello fit into jazz and can it even belong in that storied tradition?

“When you are an improvising cellist there is not so much history to contemplate and learn from. It’s like we’re on a desert island.” Friedlander says. Saxophone players or guitar players have a crowd of players to measure themselves against, while cellists have Fred Katz, Abdul Wadud and more recent players like Hank Roberts and Ernst Reijseger -- there are others, but it’s a short list.

Friedlander has been doing that jazz cello thing on New York’s Downtown music scene since the 1990s. He has worked to stake out new territory for himself and his instrument but has never recorded a project of cover tunes before. OSCALYPSO is a celebration of the music of bassist Oscar Pettiford who according to Friedlander was innovative on the cello too. “When I look to history for a role model, it’s Pettiford. ” says Friedlander, “Pettiford played the cello with such swing and melody. He was the first to lead a band from behind the cello. And he wrote original tunes, some of which are now classics. Pettiford had a special feel for the instrument -- he even named his son Cello! He’s always been a hero of mine.”

OSCALYPSO features 9 original Pettiford tunes. “I love the elegance of Pettiford’s lines. He’s such a savvy and joyful composer,” Friedlander explained, “I know he had some rough times with alcohol, and he could be bitter, but his writing is buoyant, even sweet. You can’t help but smile when you play.” The record has some of Pettiford’s most familiar compositions, like Bohemia After Dark and Tricotism as well as less well known tracks like Cable Car and Cello Again. Joining Friedlander on OSCALYPSO is Trevor Dunn on bass, Michael Sarin on drums, and saxophonist Michael Blake.

Cellist Erik Friedlander is a composer, an improviser, and a veteran of NYC's Downtown scene. Friedlander started studying music at an early age, beginning at 5 with guitar, and then at 8, cello lessons. Erik spent his twenties honing his skills as a player and an improviser and quickly became a sought after studio musician, performing on 100s of cds. New sideman work continues with contributions to new The Mountain Goats and John Zorn projects. Friedlander's recent works are diverse: Illuminations, a new solo release; Nighthawks, a cd that was conceived during the blackout in lower Manhattan caused by Hurricane Sandy. Claws & Wings, the elegiac work dedicated to Erik’s late wife, featuring laptop percussionist Ikue Mori and pianist Sylvie Courvoisier; and a limited edition LP with photographer Mitch Epstein entitled American Power.

Michael Blake’s latest cd, Tiddy Boom, a tribute to Coleman Hawkins and Lester Young, was released in 2014. In 2013 Mr. Blake won the Chamber Music America's 2013 New Jazz Works grant. In addition to his own projects he has worked with Ben Allison, Steven Bernstein and John Lurie. Trevor Dunn is a co-founder of the avant-rock band Mr. Bungle, plays with John Zorn’s Electric Masada, and leads Trio-Convulsant, PROOF Readers and MadLove. Michael Sarin made his name first with the Thomas Chapin Trio and continues to work with Ben Allison, David Krakauer Myra Melford, Drew Gress and others.